Breonna Taylor: Story of a Friend and Victim

Share to FacebookShare to TwitterShare to LinkedInShare to EmailPrint this page
RSS Feeds Subscribe to Alerts
Breonna Taylor: Story of a Friend and Victim
Nidhi Ponkshe
Jun 23 2020

Breonna Taylor was a victim of police brutality that once again set in motion the Black Lives Matter movement and unveiled the racial prejudice faced by many to this day. At 26-years old, Taylor was an African-American Emergency room technician, who was fatally shot to death early morning on March 13, in Louisville. She was asleep with her boyfriend Kenneth Walker when they woke up to hear a loud banging on their apartment door, on account of a visit from the cops early that morning. After a heated argument between the two parties, Kenneth Walker was the first to fire his gun, wounding one of the officers present. This later resulted in the police shooting Taylor, hitting her at least 8 times.

The original investigation led by the police was meant to be a narcotics raid, but instead, ended with Taylor’s death. The police were investigating two men whom they believed were selling drugs from a house that was 10 miles from Taylor’s apartment. There were various sightings of the main suspect meeting Taylor at her apartment, raising the suspicion that Taylor was helping him. But only later was it found that the reason for their frequent meetings was because he was her ex-boyfriend. Although not directly part of the investigation, the police were authorized a no-knock warrant by a judge to check out Miss Taylor’s apartment, as they believed it was being used to store the drugs. A no-knock warrant was issued to prevent them from taking time to hide any possible substances that could have been found, but no drugs were discovered in her apartment. 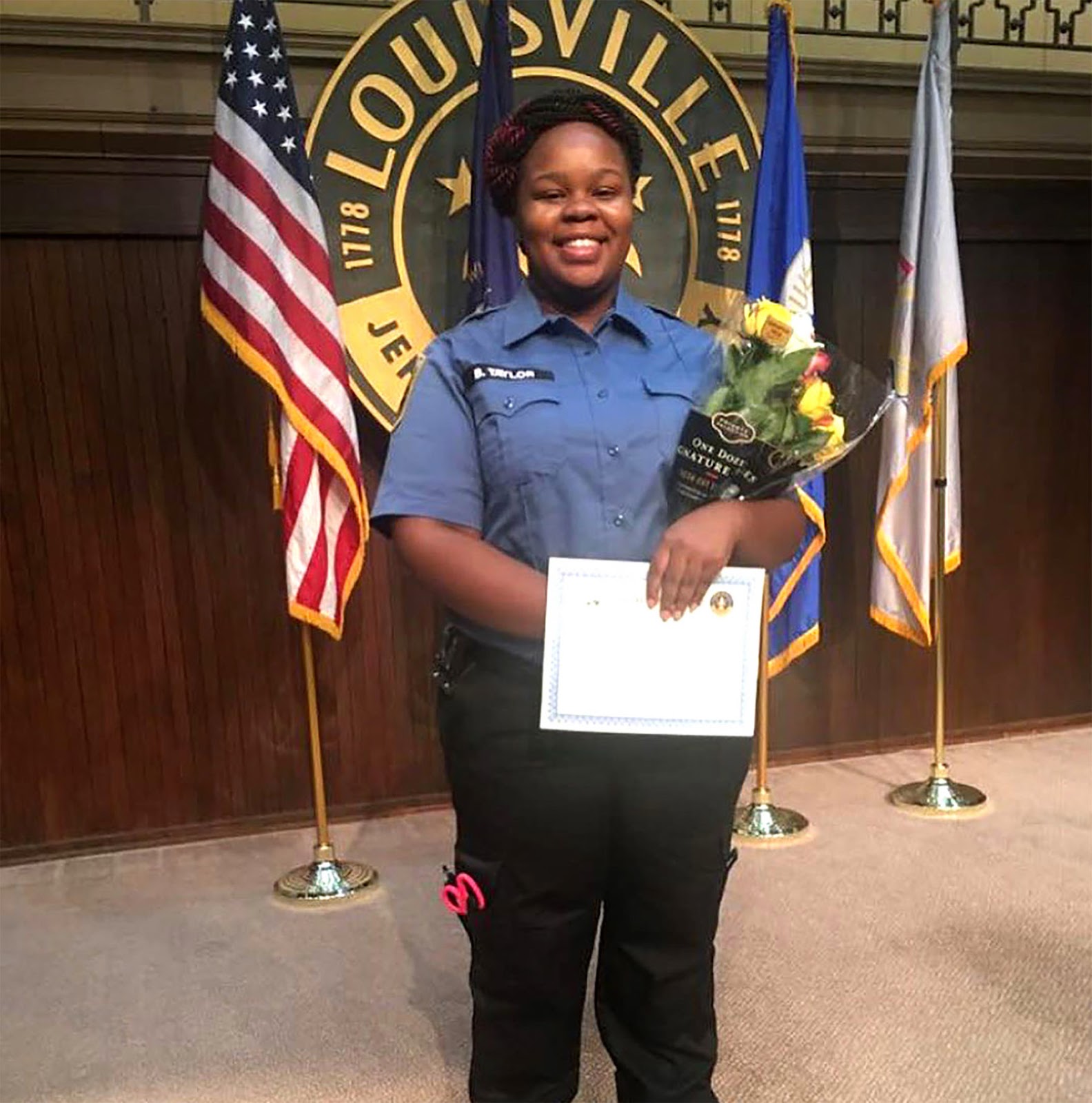 The police claimed that albeit having a no-knock warrant, they still knocked on the door and announced themselves as the police. However, both Walker and the neighbors claimed that they did not hear the police identifying themselves. Moreover, Walker was licensed to carry a gun and claimed that he only shot the police officers out of self-defense and fear of the intruders being burglars. The police’s actions, however, have been a topic of debate, as they shot Taylor 8 times, despite being unarmed. Furthermore, many questions were later raised after the incident, inquiring why the raid on Taylor’s home was done in the middle of the night, and shortly after other investigators had already located the main suspect involved in their investigation.

Following this incident, Louisville has banned the use of no-knock warrants in police investigations. Furthermore, Brett Hankison, one of the officers involved in the death of Breonna Taylor, was fired, with the other 2 officers placed on administrative leave. However, many people are not satisfied with these punishments, as they fail to atone for the officers’ actions. 2 of the 3 officers, who were present at the scene, are still employed by their department and facing zero charges for her murder. Taylor’s death is one of the many examples of racial prejudice in our world today, and the very reason why police reform needs to happen. Since the killing of George Floyd, protests have broken out all over the world, demanding justice for the lives lost and holding those involved accountable for their crimes. Social media platforms such as Instagram and Twitter have also allowed it’s users to raise awareness on cases of police brutality and racism. It is more important now than ever to raise our voices on the Black Lives Matter movement to continue the fight, and ensure that no further lives are lost at the hands of police officers.